A while back my colleague, Tony Holbrook, used his “one-line Linkedin status change announcement” to write about what compelled him to make a recent career and company move. I’d like to do the same, but share why I have not made a change to another company.
The mouse that roared
A bit about us: Shipwire is responsible for getting great products into the hands of millions of customers. Though we’ve been in this business a short time compared to some, it’s a good bet we’ve shipped something to your doorstep. That tangible connection with so many customers paves the way for many possibilities I continue to be excited about and proud of.

When I joined, we were less than 20 team members and are now many times that size. We’ve grown into bigger offices, benefitted from investments by companies that are household names, and most recently merged with Ingram Micro. Through all that growth, our team continues to be tight-knit and committed.

That’s not to say that my journey has been free of challenges and doubts.
A game of inches
Though I have had opportunities to grow over the years, some years felt stagnant compared to others. We were engineers wrestling with big picture problems, breaking them down into smaller bite-sized questions, answering them independently and then as a whole, and coming up with conclusions to carve a path forward. We were grinding, digging in, incrementally progressing, and celebrating small victories on multiple fronts.

But when you’re focused on one thing for so long and progress is punctuated, it’s only natural to look around and speculate if other places might offer more. Especially in an itinerant technology industry that famously glorifies fast success and ever-changing trends, my loyalty to Shipwire was sometimes tested. I periodically tested my itchiness by tinkering and by looking at other opportunities.

For me, those restless feelings began to diminish when we found out that we were being acquired because I was proud of our team’s past accomplishments and became excited about the new opportunities and challenges ahead of us.
The rock in my shoe
With that newfound excitement, I believed I had a golden opportunity to take on a bigger role at our newly combined company. So, being an ambitious and admittedly prideful guy, you can imagine my dismay when my boss, my most trusted mentor in my career to date, told me he was going to seek an outside Director of Engineering to lead the team and take it to “the next level.”

A good part of my dismay was the withholding of that title, but really what I had heard and internalized was, “Andrew, you’re not enough. You’re not the right guy to take this engineering team to the next level. You don’t yet have what it takes.”

That conversation happened a while back. Now that you’ve likely seen my LinkedIn status change, you’re probably wondering what happened since that time that has motivated me to publicly share this personal post.
Talk about the gaps
Though ultimately, we didn’t end up looking for an outside director, I had to overcome the disappointment that I felt. It also put a strain on my relationship with my boss. The truth is that he always believed in me. I might have needed to take a few more steps to earn the job I believed I was capable of doing. In conjunction, I could have benefitted from more clarity about what those steps might have been.

That moment became an inflection point for the two of us to speak more openly about the goals we all wanted to achieve. The increasingly candid dialogue that we had showed me that we both trusted each other, not only by gaining alignment in accomplishing our goals, but also by conquering the misgivings that I initially felt. It turned out that my own career goals would intersect with the company’s at an apex not too far down the line. Knowing that future gave me a bit more assurance that I was in the right role at the right time.
To run fast, run alone. To run far, run together.
As my own uncertainties subsided, I was able to more effectively channel energy and effort into nurturing and serving my engineering team and the people at Shipwire. Our team is composed of a good number of teammates who have been here throughout Shipwire’s entire history, alongside those who have joined more recently. That shared longevity has allowed us to grow and learn alongside one another, enabling us to quickly collaborate with new teammates and give them freedom to do good work. We collectively understand that nothing is perfect, we embrace the constant of change, we stay positive, and we take things a step at a time while keeping the lofty goals in plain sight. It has resulted in a deeply rooted and shared trust.

Cultivating that trust took time and was not easy. There were hard fought battles and endurance through tough seasons. Now that the trust has been established, we all feel empowered to make an impact. I personally want our company to continue having work that is challenging and meaningful, and provides us all a legacy that we would feel proud about. I’d have to look really hard to find a place where I would have these same opportunities. I’m here at Shipwire, not because of my new title, but because the precious and valuable trust among Shipmates opens up many great possibilities for all of us.
Look back to understand what lies ahead
My hope is that by sharing these reflections and thoughts on what’s behind this “one-line status change,” it might urge you to reflect about where you’ve been, where you’re at, and where you’re going. I hope it further inspires you to openly share with others, especially your manager, about where you’d like your career to go.

If you’re interested in learning more about me or about Shipwire, don’t hesitate to reach out! We’re hiring and I look forward to working with future Shipmates who are committed and dedicated team players, who also understand the value of trust.

Meanwhile, I look forward not only to the next steps in my career but also helping and shaping my Shipmates and friends to have similar learning and growing opportunities.

Andrew is the Director of Platform Engineering at Ingram Micro Commerce & Fulfillment Solutions. His teams are responsible for building Applications and APIs for the Shipwire platform. He is passionate about creating a world-class company that makes a meaningful impact on global commerce. 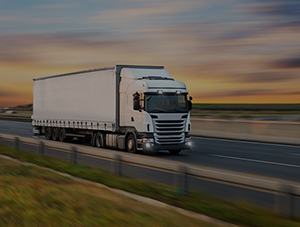 The Future of 3PL Logistics: how far we have come and where will we go? 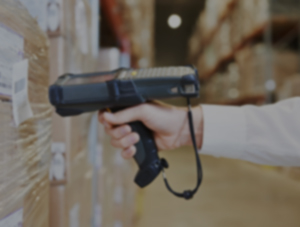 Returns as a Business for eCommerce Sellers 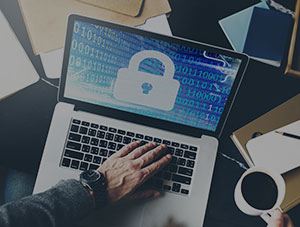 Why CCPA is important for an organization’s ITAD program?