November 23, 2020
Warehouse labor is sometimes looked at as an expense, but it should be considered a strategic variable with the power to make technology work more efficiently. When automation initially entered the scene, there was a fear that it would replace the human element of logistics as we know it. But what has been uncovered is people along with automation limits the impact on workers, and they are able to engage with automation — and ultimately learning a new skill all while improving productivity.

Generally speaking, the warehouse labor market in the U.S. is challenging, especially during peak season. Due to increases in demand, especially around direct-to-consumer, companies often scramble to implement new processes, cross train existing employees, and onboard more people.

Given that seasonal labor exists in many markets, logistics companies have to go the extra mile to help job seekers understand the benefits of becoming part of a warehouse team. Of course, the company culture and working environment are important in any scenario, but beyond that, the opportunity to work in an environment while learning skills around interaction with automation can be a major competitive advantage and selling point in attracting jobseekers.

To attract warehouse workers, companies must first understand what incentives people to apply for the job at hand. Warehouse automation is seen as an additional benefit to many workers. It makes training faster. It makes peoples’ jobs easier to do. It makes work more efficient. And given that so many people enjoy using new technology, it offers a productive outlet to leverage cutting-edge tools and affect real outputs. Automation also makes warehouse environments safer by reducing reliance on heavy equipment and effectively reducing the number of hazards and ways for injuries to occur. Finally, it can enable better social distancing measures — a factor that’s just come into relevance this year.

In addition to the benefits it provides in terms of output and efficiency, the mere existence of automated warehouse technology is a signal to customers that an operation is working smarter, not harder. Beyond its efficiency, it represents accuracy and safety. Manual labor is and will always be important, and there’s no doubt that people enhance the effectiveness of technology and are necessary to control it, but automated processes save time and money. Warehouse automation can immediately scale up or down depending on need, and it doesn’t rely on an individual’s skill in order to be effective. Manual labor, by contrast, must be planned in advance, requires accurate forecasting to be efficient, and its efficacy depends on a person’s talent.

All said and done, there are many advantages to automation within a warehouse environment. It’s good for clients, employees and people alike! Check out some of our automation in one of our locations in Europe. 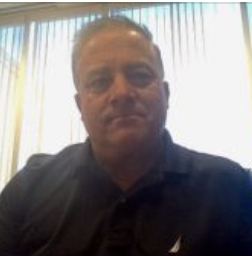 Paul Geosano, Executive Director of Operations at Ingram Micro Commerce & Lifecycle Services, joined Ingram Micro in 2018. He is a highly skilled supply chain leader who has been in the supply chain operations and distribution industry – delivering best in class performance through people, process, engineering design, and automation – for over 30 years.
Connect with Paul on LinkedIn
Categories