“X.commerce” as a term was coined prior to the proliferation of the term “omnichannel” or “multichannel” were used to talk about purchasing behavior (back when ecommerce and mcommerce were the two main considerations, circa 2015). Today, x.commerce isn’t used as widely and has been replaced with other terms, however, it is important to remember that the overall experience and engagement with commerce continually evolves.

In 2011, PayPal, eBay and Magento created a platform called “X.Commerce.” Since Shipwire received an investment from eBay we’d gotten a number of congratulatory emails from Shipwire partners. However, almost every email ended with one question – “So, do you know what X.commerce is?”

eBay spoke about investing $1 Billion in technology, wanting more partnerships and not competing with merchants at Internet Retailer in the summer of 2011. A Fast Company article highlighted their intention to use their latest acquisitions to transform online and offline commerce. Everybody was aware that eBay was on a Skype sale fueled celebratory shopping spree (RedLaser a while ago, Milo, GSI, Magento, Figtree, Where which included Local Ginger daily deals – the list goes on). The reporters and analysts were aflutter with praise that eBay was “evolving and attempting to inject themselves into the buy decision across the landscape of social, mobile, local, digital landscape whether the buyer pushed a buy button online or walked into a store and purchased offline.”

Great! But, what exactly is X.commerce? How does it fit in? And what did eBay say X.commerce was supposed to be?

Technology has fundamentally changed the way consumers shop. This will only continue.

The line between offline and online has virtually disappeared. There are four megatrends driving this change: digital, social, local and mobile.

Offline retail used to be about location; now, it’s about innovation. The challenge is that it’s easier for consumers to adopt new technologies than it is for companies. Merchants need to offer their customers a complete commerce experience from start to finish, one that incorporates whatever capability the consumer is using (mobile, local, social, digital or whatever happens to come next).

But they also need to focus on their own priorities, such as finding good products to sell.

For merchants, X.commerce makes the most current commerce technologies easy to access. It gives merchants the ability to scale quickly without investing in costly, complex configurations and it is open to merchants of any size, in any location.

For developers, X.commerce puts them in control of defining and building the engine that will power the new commerce landscape.

What is X.commerce supposed to become?

X.com is part of the PayPal developer initiative. It’s been a very successful developer initiative by almost any measurement. Since it’s release PayPal has racked up some huge numbers for new subscribers and transaction growth. Better yet, some very innovative solutions have been built on top of it. For example, Payvment social commerce, a Shipwire Partner, is built on top of PayPal X.com and is taking PayPal into the the Holy Grail of potential markets – Facebook.

Shipwire is a X.com platform partner and along with some other fine companies, launched an App on PayPal’s short lived Embedded Apps platform. We embedded full shipping, label printing and order management right into PayPal. This was all a very “bleeding edge” development that we were really proud to participate in.

The groundwork is there for X.commerce to become a true eCommerce Intermediary (Sorry, 1999 word there). A combination app store and a “bus” (technical term) to facilitate the exchange of commerce data among app providers. Look for some of the following at Innovate: Intention to unite two incredibly powerful developer networks: PayPal and Magento. This will likely be a long-term goal with some short term branding implications. The Magento developer network is 1st class and one of the keys to their success in the marketplace. I can only assume that the strength of the developer network was a driving factor in the Magento acquisition by eBay. The eBay Developer network could also be a huge leveraging factor for X.commerce in the future.

Massive new set of PayPal API’s released under the X.commerce umbrella. I can’t help but think that X.com platform team didn’t stop innovating while all these acquisitions were going on. That means that the PayPal team is going to have the most concrete set of functionality available for developers provided X.com will be the underlying foundation for X.commerce. The PayPal X.com team will have had the longest runway. The Milo, RedLaser and Magento teams will likely be the initial plug-ins to the new framework. It should be exciting to see.

The framework (or fabric) for a future set of API’s to get access to a huge wealth of data. To be a truly massive data set, the framework will need to incorporate a new idea – the sharing of data between apps that plug into the framework. For example, if Shipwire builds an extension to X.commerce and our friends over at Freshbooks build a connection, the data in our two applications can be accessed via the X.commerce framework (“bus”). This was an idea I heard our CTO talking about during the run up to Innovate last year.

The future birth of a new apps marketplace. This is my hope for developers. To get access to a huge new set of customers and merchants through a unified app store. eBay, PayPal and Magento Users would be a large enough user/merchant base to make most developers take notice.

A deferred modality for making money on this. I can’t imagine that the X.commerce teams have been able to think through all the ways that 3rd party developers are going to access data and leverage new API’s. They have a good guess from the X.com platform API usage. The key here is going to be attracting developers and not monetizing the platform. That will come later if they can get traction.

So what is X.commerce? It will be a super-sized and more flexible version of X.com with a lot of lessons learned from the past few years. We know that the emphasis is on Commerce (hint, it’s in the name) and the eBay want’s to be a part of commerce whether it take place in store locally, through the mobile web, through a social network or in an overseas market. eBay has acquired a bunch of new technology and X.commerce is intended to be the fabric to make all this data accessible and available to a new generation of commerce applications that haven’t been built yet. This would be a huge amount of work with many pitfalls. 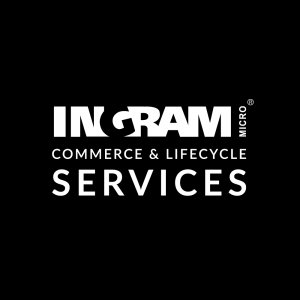 Ingram Micro Commerce & Lifecycle Services provides supply chain solutions that go beyond connecting supply and demand. From cross-border fulfillment to dropship and returns management, IT asset disposition, remarketing, distribution and more, our solutions drive growth, enhance ROI, and protect our clients. We proudly serve customers across a broad spectrum of industries — from fast-growing brands to Global 2000 enterprises — and are dedicated to facilitating their success through our global warehousing network, world-class technology, strategic partnerships and decades of expertise in the logistics, mobility and ITAD industries.
Connect with Ingram Micro Commerce & Lifecycle Services on LinkedIn
Categories