The Best Place to Jumpstart Your European Fulfillment

August 29, 2017
For the past decade, the Netherlands has been among the top five countries listed on the World Bank Global Logistics Performance Index, which considers the efficiency and effectiveness of customs, quality of transport, IT infrastructure for logistics and affordability of shipping in its ranking. When it comes to fulfillment in Europe, the Netherlands is our clear winner for a comprehensive logistics strategy to serve the European market — and here’s why.

The Netherlands is in the middle of the action. Europe’s three largest economies: Germany, U.K. and France, are all within easy reach. The Netherlands is also within a 400-mile radius of half of Europe’s major markets, allowing end-consumers to be reached quickly and cost effectively.

The Port of Rotterdam is the busiest port in Europe and the Port of Amsterdam is the fourth largest in Europe, making Netherlands a gateway to Europe. With the Brexit vote resulting in decreased migration to the U.K., the impact of this change in the European Union will have implications to all industries, including logistics.

The Netherlands has a robust transportation infrastructure to support small parcel and domestic transportation. Within the Netherlands, Netherlands Post maintains 55-60 percent of market share, DHL parcel maintains 25-30 percent of market share and other players making up the remaining amount. There are also major LTL/TL players within Europe, including: DHL, Barsan, RItmo and Timex, among others. As the Netherlands has evolves as a logistics powerhouse, there are also a number of niche players emerging to serve markets.

Best Location within the Netherlands

At this point, you know why we’re encouraging business to fulfill from the Netherlands, but where within the country, specifically? We are biased, but we’ve found Waalwijk/Tilburg to be a better location than others that are closer to Amsterdam. This is due to the ease of access to highways, and because all areas within the country are 2.5 hours away from Waalwijk/Tilburg, making intra-Netherlands same-day fulfillment a feasible goal. 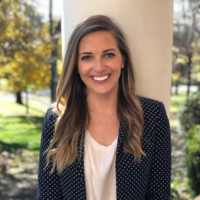 Katie Wild is the Executive Director of Global Marketing at Ingram Micro Commerce & Lifecycle Services heading up the Product Marketing & Demand Generation teams. She is focused on comprehensive go-to-market strategies. She is a self-proclaimed logistics nerd. Prior to Ingram Micro, Katie spent a number of years in logistics, as well as, healthcare.
Connect with Katie on LinkedIn
Categories

Consumers lead the market, and their expectations are changing. Are you ready?
10 February 2022
Inflation and Supply Chains – Survive or Thrive?
03 February 2022
New solutions to Combat Labor Shortages
14 December 2021
Supply chain disruptions – is the end in sight?
25 October 2021
Explore all posts
Katie Wild 2017-08-29
Thank you!